how to handle mess ups 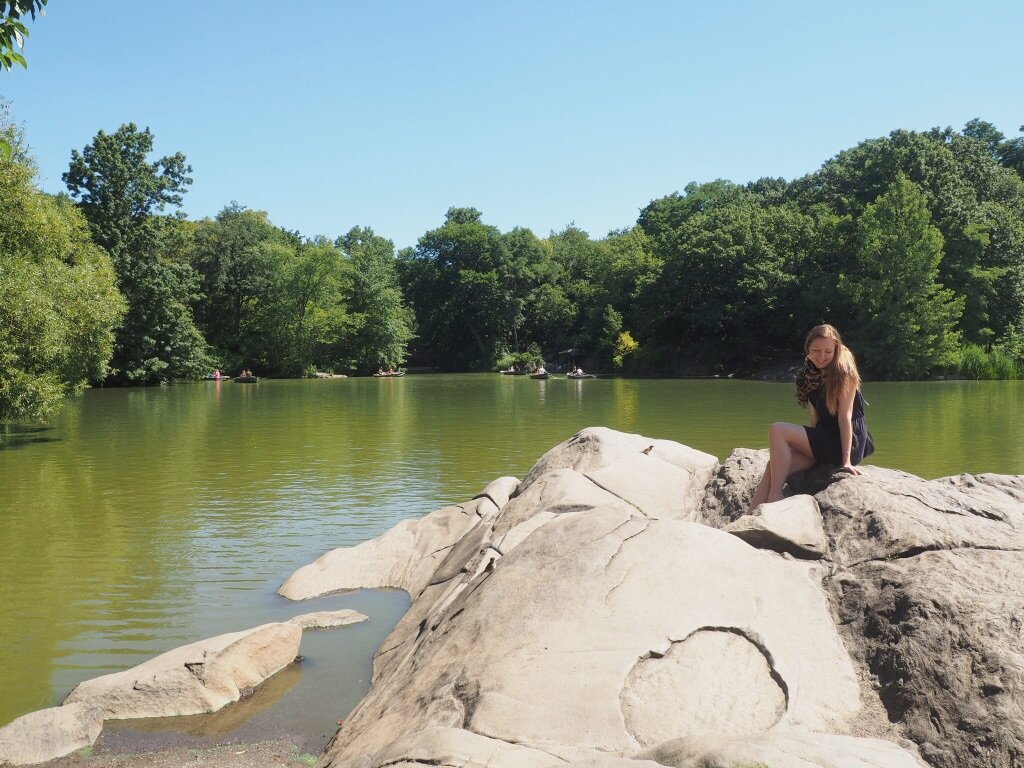 As many of you would know, I recently started a new job, pursuing a bit of a dream of mine. And I must say I have been incredibly blessed by being welcomed into a truly beautiful team. It’s been a massive leap of faith for me to challenge myself and push into the discomfort of doing something with less predictability and more of myself in it.

Whatever I do, I am someone who throws my whole heart into it. Particularly in the workplace, I am constantly trying to work to the best of my ability, add value to the company and contribute to creating a strong team culture. It’s no secret that the expectations I have of myself are high.

Pretty much anyone starting a new job wants to make a good impression. For me, especially when taking on so many new and unfamiliar things in the early stages, I am pretty meticulous about trying to develop good habits and pay close attention to details so that I don’t miss anything. Eventually, as I settle into a role I can lean into those habits to be more productive and effective in whatever I do.  As someone who doesn’t like to make mistakes at the best of times, it is a pretty effective avoidance strategy.

So, when I made my first big mistake in my new job, and missed an appointment with a new client in my diary, you can only imagine how well the perfectionist in me reacted.

At this point, I would like to disclose that a huge part of my now role is helping others to be kinder to themselves and to challenge whatever is going on that holds them back. So, I would love to say that my initial reaction to making a mistake was a pracitical, loving one. Unfortunately, my inner critic is a bit more tiger mom than gentle parent.

Instead of being calm and rational, it seemed my default was to go into a shame spiral of “not good enough” dialogue; “Can I even do this job?”, “How could I have let the team down?”, “They’re going to think I’m completely unreliable”, “Why didn’t you pay closer attention?”, “What if <INSERT CATASTRPOPHE> happens?” etc.

Even though I had enough self-awareness to recognise the voice, it definitely didn’t make it go away initially. Thankfully, I was with a friend at the time, who happens to be a psychologist and one of the most beautiful people I know. Her immediate reaction was not to shame, criticise or judge me in the way I was myself, but to empathise and share her story of when she did something slightly different, but equally as mortifying. She also called out my inner critic pretty quick smart simply by asking me to consider:

a) What was the worst thing that could happen?

b) What was the likelihood of things going badly? and

c) How I was going to feel about the mistake in 6 months’ time?

Essentially, she showed me the kindness and gave me the perspective check that I should have given myself, and, to be honest, would have given anyone else.

Now, by the time I had found out about the mistake and inner critic had gone mad, the appointment had been rescheduled and the client had been extremely understanding. Even my boss’s reaction had been understanding and supportive. So, the chances of anything bad happening at that point were slim to none. But somehow that hadn’t stopped me from feeling the internal knot that comes when you know you have messed up.

Depending on the mistake, it’s totally normal to feel guilty, embarrassed or disheartened after they happen. But once you’ve felt the feelings and taken action, continuing to internalize and perpetuate negative beliefs about yourself is not going to help anyone. In fact,  if left unchecked, it can lead down some pretty dark paths of anxiety, disconnection and fear.

Mistakes are inevitable. They are also part of being human. Some are big and do have big consequences. Whilst others are small. But we all have to get through them – and, most importantly, learn from them. We suffer far more in our imaginations that we ever do in reality. I don’t think you could name a single person throughout history who has done anything significant without making a mistake somewhere in their journey. It’s how we react to our mistakes that really makes the difference.

Over the years, one of the most valuble and important lessons that I have learned is how to deal with mistakes. And while I still don’t always handle them well at first, I’m definitely far better than the girl who used to agonise over every little typo.

Here are the steps I now take when I mess up:

Taking ownership for the mistake is the first, and most important thing to do when making a mistake. If you can fix it, do. If not, then seek help. Ignoring, avoiding, or blaming others for your mistake is only going to end badly. It’s better to face the initial discomfort of admitting you did the wrong thing, than dealing with the bigger long term consequences that come from not just owning it at the beginning.  It’s amazing how liberating simply saying “I messed up” is.

A sincere, heartfelt apology is worth its weight in gold. Say sorry to all of the people who have been impacted by the mistake and most of the time you will notice that you can not only diffuse most of the issues, but you will also feel much better.

This is something that I find the most challenging, but probably most important step to a) actually deal with the mistake, and b) move on. The longer we hold onto the issue, the longer it will remain an issue in our lives and have a greater impact.  Most of the time, if someone else made the mistake we did, we would forgive them straight away. So why do we find it so hard to forgive ourselves? When you treat yourself with the same grace and kindness that you would somebody else, you will actually open yourself up to success.

Getting caught in a negative feedback cycle of negative self-talk is not going to help anyone. Look at mistakes as an opportunity to grow, rather than as a setback. I have learnt far more from my mistakes than from the things that I got right the first time. In fact, some of my worst mistakes have led me to the life I am living now, which I wouldn’t trade for anything. In may not always be my default, but years of dealing with my inner perfectionist has taught me that one of the best things to do when you’re in that initial state of dealing with the mistake is to look for what good can come from the situation.  When I stay positive, I also have far more perspective.

As soon as you make a mistake, it’s important to try to do as much as you can to mitigate the mistake without putting anyone past risk. Once you have done everything that you can, it’s time to let go of the mistake and move on. For me, once I realised I had missed the appointment in my diary, I immediately synced up all my calendars so that the mistake didn’t happen again. I made sure that I worked out a few different ways to keep myself on top of changes, and I also figured out the rebooking policy. Unsurprisingly, I got through it and everything was ok.

My mum used to tell my sister and I this story growing up.

There was once a child who broke his mother’s favourite plate by accident. When the mother found out, she simply swept up the plate, put it in the bin, and told the child to be more careful next time. But the child felt terrible. So he went to the bin, got out all the pieces of the broken plate, and said, “But Mummy, I am so sorry I broke the plate.”

The mother just smiled, and said, “I know, but you will know for next time” and put the pieces back in the bin.

The child, again, went back to the bin, got out the pieces and took them back to his mum. “Mummy,” he said, now with tears rolling down his face, “but I broke the plate!”

She looked at him and smiled. “Darling, I know. I loved that plate and am sad it’s broken. But you didn’t mean to break it. bring it up over and over again is not going to fix the plate. Mistakes happen, and I am just glad that you didn’t get hurt. You’ve said sorry, and you’re going to be more careful next time.”

This story is always a really powerful reminder for me to let go of the mistakes that I am holding onto, as well as to challenge the perfectionist inside who loves to tell me that I am not good enough and justifies how I feel by telling me it’s what I deserve. It’s when I break this negative cycle that breakthrough happens.

Sure, I am never going to like making mistakes. But I am not defined by the times I enviably have or will in the future. As long as I learn from them and try not to make them again, my mistakes are going to actually be some of the key moments of growth in my life.

So my invitation to you (and to myself) is this.  Accept. Learn. Grow. Move on. And most importantly, be kind to yourself. 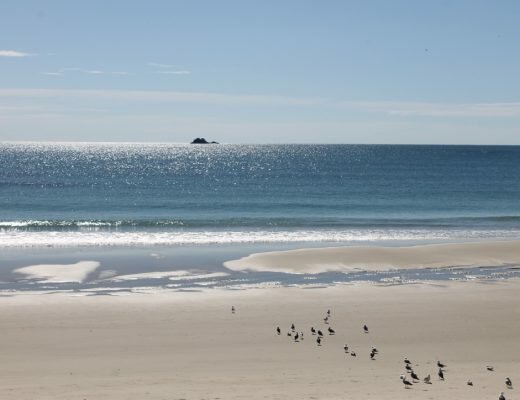 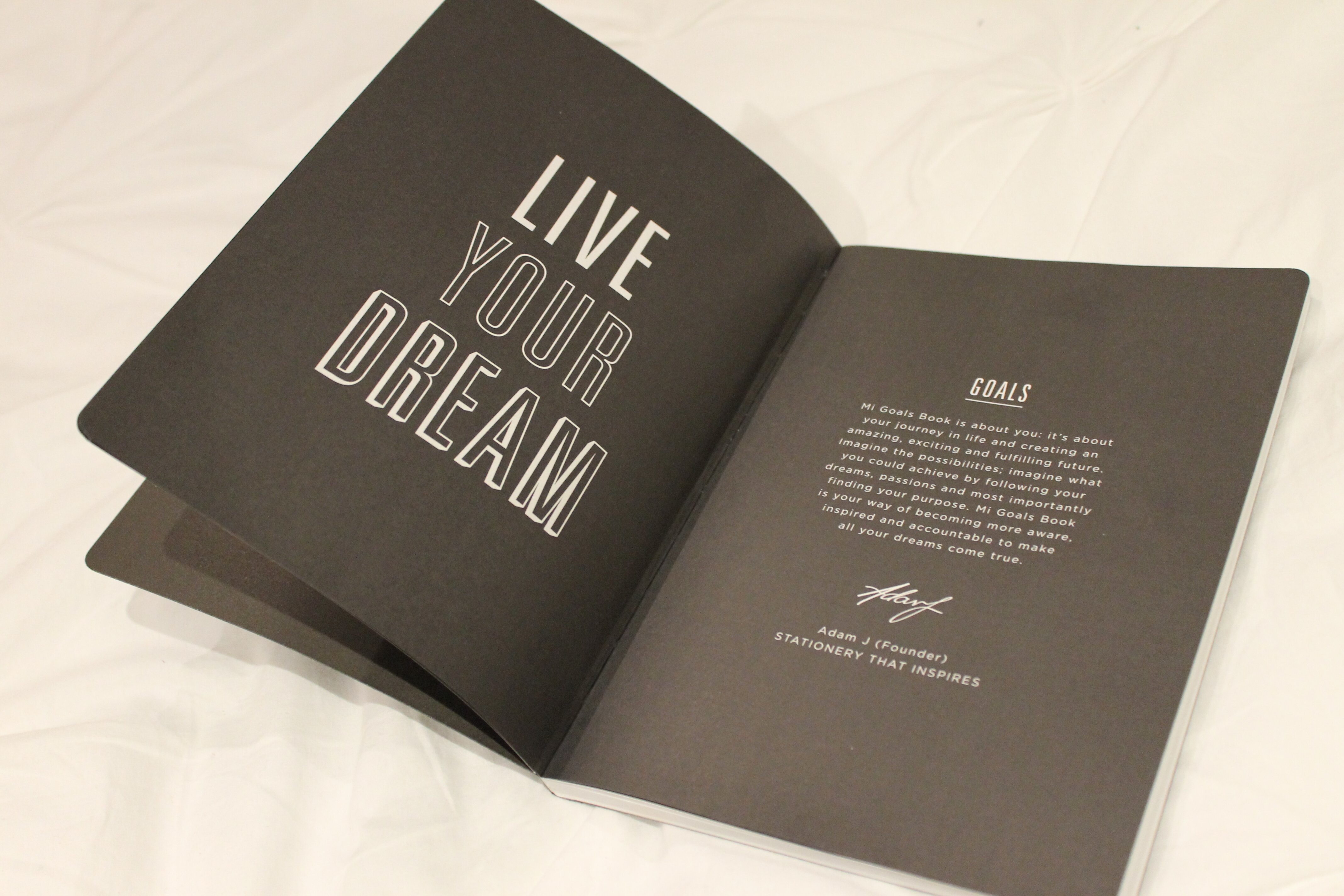 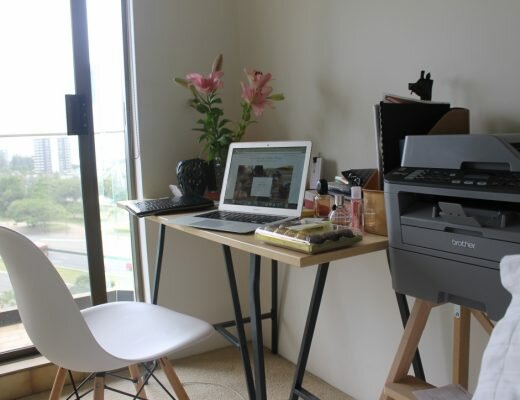